Kingdom of Arcadia is a retro style action platform game. Travel through the 5 kingdoms of Arcadia in search of the evil Draken. Investigate, jump, run, and sword slash your way through.

Published on all console platforms, now Kingdom of Arcadia is finally available for google play on your mobile!

Investigate every corner of Arcadia to discover all the secrets that keep its walls. Discover the 20 Easter Eggs hidden in Arcadia.

Kingdom of Arcadia is a retro style game for lovers of pixel art games. If you also love retro style games you will love this game where the whole adventure will be taking place inside an arcade machine of the 80-90.

Sam is a normal kid who likes video games. His father is also a fan of old games, but when Sam tries out his father\’s arcade machine, he is suddenly dragged inside, where he finds himself starring in his own pixelated adventure. But can he make it back home? Help Sam remove the spell cast on Arcadia and return safely before it\’s too late.

Kingdom of Arcadia is a retro-style action platformer with charming pixel art that spans five levels, each with multiple quests to complete. Sam will encounter a variety of enemies, huge final bosses and other obstacles in a retro pixel art game presentation. Fortunately, he can level up and buy new equipment in the stores to help him through the daunting adventure that awaits him.

– 2D MECHANICS AND GAMEPLAY
Fighting enemies, avoiding obstacles, discovering secrets, jumping over walls, double jumping, swimming in water areas, flying in a balloon, swinging between vines, jumping between mining carts and opening walls or clearing closed rooms full of enemies are part of the variety of mechanics that you will find throughout your adventure in this pixel art game. For this you will find the best touch controls you have ever seen in a mobile game.

– 5 KINGDOMS TO EXPLORE
Travel through the castles of the kingdom of Arcadia in search of Draken to undo his spell and restore peace to his world, from the castle guarded by the mighty \”Golden King\” through ice, jungle and sandy regions. Enemies in the purest retro arcade style.

– 5 FINAL BOSSES AND SOME MINI-BOSSES
The bosses will not make our adventure easy! but we count on your skill to defeat them, learn their unique mechanics and defeat them with swords, knives, and other weapons. Be careful on the way!! some mini bosses are waiting for you between some final bosses and others.

– LEVEL UP YOUR EQUIPMENT
Your enemies will be more and more powerful, get all the coins you can to upgrade your armor in the store and be able to face all the enemies.

– HIDDEN SECRETS (\” EASTER EGG \”)
Arcadia is a kingdom full of secrets, to find them you will have to hit its walls, some of them are breakable, you will find weapons, coins and extra life, but you must also find the 20 secrets that hides this adventure throughout its journey.

Kingdom of Arcadia is the ultimate retro style action adventure and pixel art game, help Sam return to his world and live the best experience of his life. 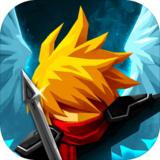 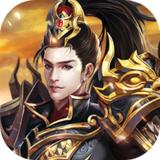 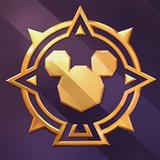 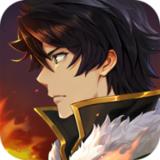 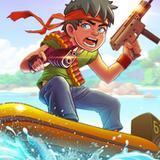 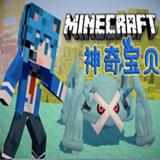 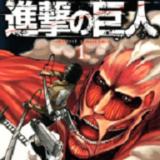 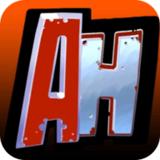